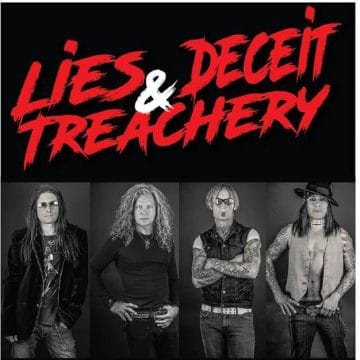 The following message was posted on Lies, Deceit & Treachery’s Facebook page about an hour ago:

We hope you love it and come to hear it at the Whiskey on Friday, Sept. 1!

It will be available to your finger tips on Sept. 7th at your favorite music site! Be safe and thank you for being you!”

“Devil” is the first single from Lies, Deceit & Treachery’s upcoming record due in late-2017. Lies, Deceit and Treachery is the fusion of three former origi…