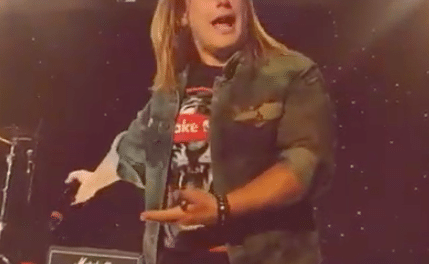 Lies, Deceit & Treachery members have spoken with Andrew Freeman about doing a record together

Last In Line and former Lynch Mob lead vocalist Andrew Freeman was interviewed by Ryan Witting for the Rockin’ You All Night podcast. 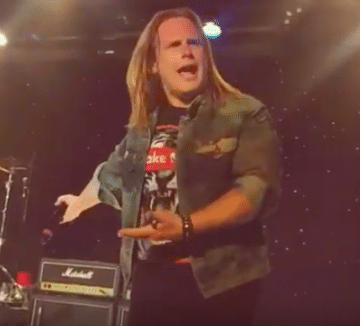 Lies, Deceit & Treachery started with three former original members from BulletBoys — guitarist Mick Sweda, bassist Lonnie Vencent and drummer Jimmy D’Anda — teaming up together. The band previously released the single “Devil” with Best Of Seven singer Shane Tassart but enlisted Freeman to sing in the band on the last Monsters of Rock Cruise back in February 2018.

Freeman was asked about his future with Lies, Deceit & Treachery to which he replied (as transcribed by Rockin’ You All Night with slight edits): “We’re just kind of skating along with this. This kind of came along because they [Sweda, D’Anda and Vencent] had an issue with a show with the Monsters of Rock Cruise… and they didn’t have a singer for it. The singer they had, at the time, couldn’t do it. They asked me to cover. I was just covering the show, because it was a pretty big opportunity for them to launch the band on this sort of a forum.” Freeman added, “We talked about doing a record. They have some some stuff recorded, but I don’t know if we’re all too keen on doing old stuff. I have stuff, and Jimmy has stuff, and Mick has stuff. They want to kind of do it they way they used to do it, where they just got into a room and did it.” Freeman continued by stating, “I have a couple of things in my studio that I’m working on, but I’m in the middle of working on a Last In Line record.”

You can hear the rest of the interview with Andrew Freeman by Ryan Witting for the Rockin’ You All Night podcast below:

In this episode of Rockin’ You All Night, one of the most in-demand and sought-after voices in all of hard rock & heavy metal: Andrew Freeman is interviewed….

Lies, Deceit & Treachery performing BulletBoys’ song “Smooth Up In Ya” at the Monsters of Rock Cruise on February 13, 2018: