With headlines all around the world with respect to accusations of sexual impropriety against Howard Weinstein, Lies, Deceit & Treachery frontman Shane Tassart has opened up about a time that he was propositioned for sex in 1994 by a Geffen record label representative. The story was first reported on Metal Sludge. 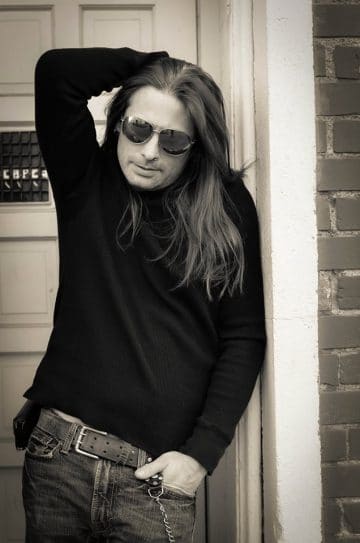 The following message was posted on Tassart‘s Facebook page on October 17, 2017:

“#metoo
In 1994 I got a call from an executive at Geffen Records. He had heard a buzz about my band at the time Needle Damage Done. I was very excited from the call and we agreed to meet at Hamburger Hamlet in Beverly Hills. Mind you this is years before we all had cell phones and internet to research people. We sat and ordered our food. He told me stories of Axl Rose, and other heroes of mine and it was awesome. About an hour into our Business conversation he turned to me and asked if I got it? “Got what?” I asked. Everything changed at that moment and it got very dark. He told me that he was gay. I let him know that I had no problem with that but I was into women and had a girlfriend (Stephanie). Then it got scary. He then propositioned me to engage in oral sex and if I let him perform it on me it would not mean I was gay. I was so freaked out. Then he started naming celebrities that “did favors” for he and Geffen. Then onto people I knew from the strip. This man was over 6 feet tall and had to weigh at least 400 lbs. I excused myself and went into the mens room. There was a pay phone in the restroom and I called my guitarist at the time to please pick me up. He was about a half an hour away so I went back to the table and insisted on paying my portion of the check. He refused and started telling me how i was making a huge mistake and that he could either make me a star or blacklist me in the industry. All I knew is that I could never sacrifice who I am for fame or anything else. My friend got there in the nick of time. I was scared and alone. He then whispered in my ear as we were leaving that my guitarist was good looking and that he could be the sacrificial lamb for my success. I was polite but firm when I told him no thanks and if this means that I would never make it in the industry so be it, but I can sleep at night knowing that I didn’t sell out to this predator. I had never felt that before. I felt violated and dirty. I can’t explain it, nothing physically happened but I felt as if I was raped. I remember calling Stephanie and telling her about my ordeal and then taking the longest shower of my life. Trying to wash the dirt off of me. 25 years later I never became a rockstar. Did this guy have anything to do with it? I will never know, but I have to be honest and say that every once in a while I wonder how things would have turned out had I fell victim to this animal. I am one of the lucky ones. Much love to all of the others out there. Strength!”