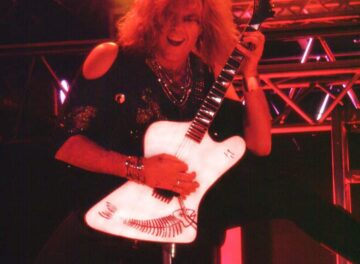 Lillian Axe guitarist and band leader Steve Blaze was recently interviewed by Joe Miller for Defenders of The Faith. Blaze was promoting Lillian Axe‘s new studio album From Womb To Tomb, which will be released via Global Rock Records on August 19, 2022. 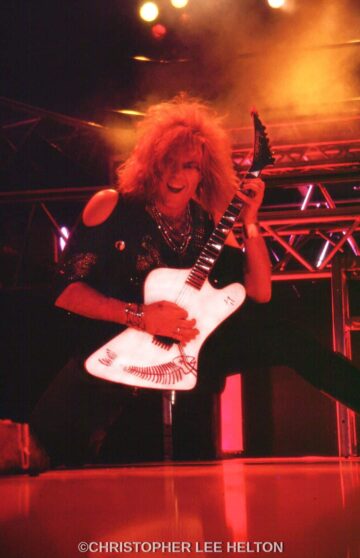 Blaze indicated: “It was his first time doing it. We were always very well prepared. What happened is we did a few days of pre-production. I was living in Jackson, Mississippi and that’s where the whole band had come down. We were staying together. We had picked 11 or 12 songs we were gonna go do. We wanted to pick 10 out of those. We did pre-production and it was pretty much all ready. He and I had talked a little bit. We already made the changes we were gonna do. He came down and they had rented us this abandoned building in the middle of hell, in the worst neighborhood in Jackson. We risked our lives just showing up there. We went into this abandoned building and spent 3 days recording.

My funny Robbin story is he claimed he was a vegetarian. He didn’t eat meat. We went to eat Mexican food on the last day. He had some nachos, but evidently, a bit of meat may have gotten into the nachos. That’s what he said later on, but after we finished the last song, he took a bottle of Crown Royal, which is what Ron Taylor and Jon Ster and Rob Stranton, the guys in the band at that point, loved. Robbin guzzles about half a bottle. The next thing I know, he steps off into the other room. We’re like, “Where did Robbin go?” I step in there and he’s just throwing up everywhere.

I’m like, “Dude! Are you OK? What can I do for you? Let me help you out!” He goes, “Oh man. I think my nachos had a little bit of meat in them today.” *laughs* So here he is, after drinking half a bottle of Crown Royal, blaming it on maybe a piece of meat in his nachos. I always laughed about that and teased him for it forever. He was a great guy, a very warm sensitive soul. He was one of those guys that no matter how good he was or how great he was, he always felt a little unsure of himself. He would ask me many times, “You think I’m any good?” “Dude, you’re fantastic! Not only are you in one of the biggest rock bands in the world, but you’re a great guy, a great player, and you’re doing well. Stop second guessing yourself.”

That being said, we got to be good friends and he did great. He would never let anybody pay for food when we went to eat lunch and dinner. He always took care of everything. He wouldn’t let anyone else foot the bill. He was just that kind of guy. It’s a shame that we lost him. He’s one of the ones we shouldn’t have lost.”

You can read the rest of the interview with Steve Blaze at Defenders of The Faith Metal‘s website.