The two songs are MegaSlowFade and Ignite. “Ignite” can also be downloaded from the Blistering Records website at http://www.blisteringrecords.se/index.php?content=downloads. “SAD DAY ON PLANET EARTH” will be released in EUROPE & CANADA on June 24th and in the U.S. on June 30th and can be pre-ordered at www.amazon.com. 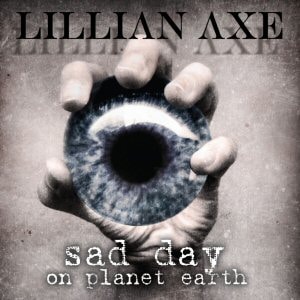 Although, Lillian Axe never forgets its past, their sound is very modern. The new CD entitled “Sad Day On Planet Earth” is by far their strongest album musically speaking. There are so many different sounding songs that all forms of radio: Active Rock, Mainstream Rock and Metal Radio will embrace this album. Lillian Axe are happy to be giving this album to a label who truly believes in the band. 14 songs of pure Lillian Axe.

The songs that will be appearing on “Sad Day On Planet Earth” were written by Steve Blaze. The song titles are: Megaslowfade, Ignite, Divine, Down Below The Ocean, Jesus Wept, Within Your Reach, Sad Day On Planet Earth, Fire Blood The Earth & Sea, The Grand Scale Of Finality, Cold Day In Hell, Blood Raining Down On Her Wings, Hibernate, Kill Me Again and Nocturnal Symphony.

All the album artwork is being created by Peter Tsakiris, who is a major force in the industry having created album art for Dio, Twisted Sister, Deep Purple, Ted Nugent, Overkill, Jackyl and Warrior Soul to name a few.