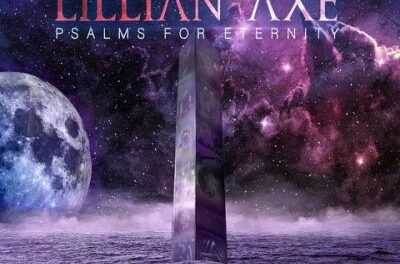 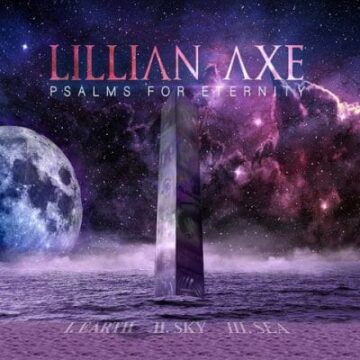 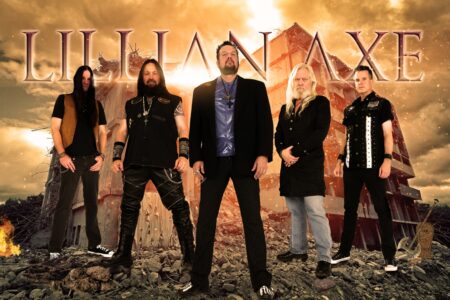 “‘Psalms For Eternity’ by Lillian Axe is released as a 3CD Digipack on 6 May 2022 by Global Rock Records. ‘Psalms For Eternity’ brings together, for the first time, tracks from all previous Lillian Axe releases in one comprehensive anthology. All tracks that feature here were selected by Steve Blaze himself, who added in several bonus unreleased tracks, making this an essential part of the Lillian Axe discography. The album has been put together with a loosely thematic approach, CD1 is ‘Earth’, CD2 is ‘Sky’ and CD3 is ‘Sea’. A brand new Lillian Axe album ‘From Womb To Tomb’ will be released in late Summer 2022!

‘Psalms For Eternity’ is sure to be welcomed by the band’s army of fans ahead of the new album release – Lillian Axe maintain a loyal following worldwide and tour frequently. Steve Blaze was recently personally inducted into the Louisiana Music Hall of Fame, the band had already become the first hard Rock act to be accorded this honour in 2010.

Steve himself describes the release: “We are very excited to be releasing a 3CD anthology entitled “Psalms for Eternity.” We tried diligently to give a comprehensive overview of our history in a unique fashion. The first CD, Earth, will contain one of the most well-known songs from each studio albums. The second, Sky, will contain a deep track from each, and the third, Sea, will contain a ballad from each album. There will also be a bonus track on each one as well. The artwork is phenomenal and represents a type of time capsule which would represent Lillian Axe as best as possible if someone came upon it in a thousand years.”

Global Rock CEO Brian Adams adds: “We at Global Rock Records are delighted to release our first Lillian Axe release from our new contract with the band. This is a very specially designed package and carefully put together track-list from Steve Blaze himself and one that the entire international team at Global Rock will get behind with love and enthusiasm. We are very happy to be working with Steve and the rest of the Lillian Axe guys.”