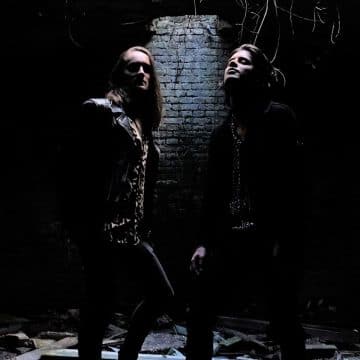 “Lily Wire is a little kid who we nurture and love! Ashley Wire and Josie Waters have the sole proprietorship of the band. The concept of the band is to collaborate with as many artists as possible. More collab are on the way!”

Wikipedia states the following in part about Harris‘ time in guitarist Tracii Guns‘ version of L.A. Guns and beyond (with slight edits):

“In late 2011, Zen Rizing called it quits for personal / family reasons stemming from two of the band members, thus leaving Scott without his band. He then took the job as frontman for L.A. Guns and started recording an album, The First Record, with the Tracii Guns‘ League of Gentlemen for Shrapnel Records. After many tours throughout Europe and the States and after finishing two albums with the League of Gentlemen, the second aptly titled “The Second Record“, Scott decided to split his time between the America and Europe and thus became a part-time resident of Vienna, Austria as well as Los Angeles. In Europe, Scott has landed several songs on Austria’s charts via the Wild Style Tattoo Messe album as well as opened for such artists as Neil Young.

Scott is currently writing and recording the debut album to his newly formed, self-titled solo project consisting of his blues / funk / groove / rock inclinations while in Vienna.”