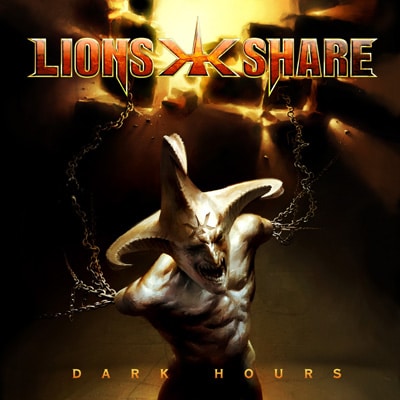 The band states: “The new songs are simply awesome and everybody that has heard it thinks it’s our best album to date. The red thread lyric-wise on this album is that all songs are about things that happened in the late Sixties; a decade known for many good things. However, we’re not describing the happy times of the Sixties: We give you the ‘Dark Hours’. Musically, it’s more straight-forward and faster than ever. The songs are filled with energy and great hooks.”

LION’S SHARE’s most recent album, “Emotional Coma”, was released in the U.S. January 29th, via Locomotive Music. The CD was issued by AFM Records in Europe and Spiritual Beast in Japan/Asia and features guest solos from ex-KISS guitarist Bruce Kulick, and ex-MEGADETH guitarist Glen Drover.