Lionsault debut humorous video for song “Light It Up” 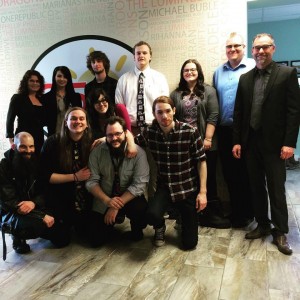 Canadian rockers, Lionsault, have released a second video in support of their critically acclaimed debut album are you feeling lucky?, which was released on September 19, 2015. The song “Light It Up” is featured in the group’s new video which sees the young rockers show a humorous side to them. The first video released by the band was for the track “Living With The Devil.”

Speaking exclusively to Sleaze Roxx, Lionsault guitarist Taylor Sheasgreen was asked how the band came up with the idea for the “Light It Up” video and he replied: “As far as the video goes, we had been fiddling with some other music video ideas that weren’t quite panning out so we were really hurting our brains trying to think of a good idea. At the time, I was watching the TV series “The Office” and that’s really what inspired it. I brought the idea to the band and we came up with the script together.” 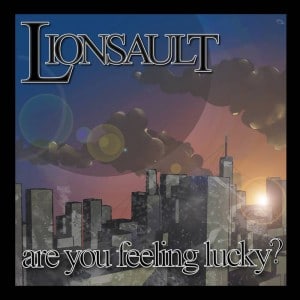 In terms of the person who played the part of villain Chip Whitley in the video, Sheasgreen stated: “Chip Whitley was played by our friend James McClafferty, who we know through the music scene in Miramichi, as he actually has his own metal band called Nihilo Machina. Fortunately, he was super into the idea, so it was easy to get him to do it. He kicked ass too. Mostly everything was improv — we had a script of where we wanted to go with it and what we wanted the story to be, but for example the whole opening scene was improvised. We told James the idea of the scene and he just ran with it, and it turned out to be hilarious in an awesome way. He did an amazing job.”

Finally, Sheasgreen was asked why Lionsault chose “Light It Up” as the next song to get the video treatment and he stated: “At the time, we had been getting a lot of positive feedback on “Light It Up” specifically and on top of that it is certainly a song on are you feeling lucky? that has a bit more mainstream appeal than the others. Then, once the idea for an office workplace music video surfaced, we felt like we needed to use one of our more upbeat songs that would fit the mood. Naturally, “Light It Up” was the perfect choice.”