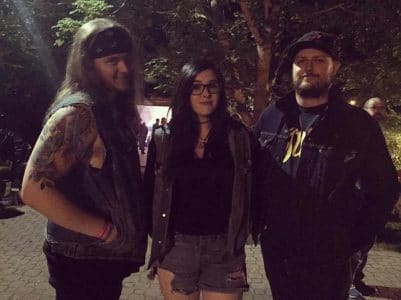 East Canadian hard rockers Lionsault have released a video for their new song “Witch Hunt” which is the first to feature new drummer J-D Thibodeau who formally joined guitarist Taylor Sheasgreen and singer/bassist Kortni Nicols in the band full-time back in August 2017.

Lionsault‘s debut album Are You Feeling Lucky? finished at #8 on Sleaze Roxx’s Top Ten Albums of 2015. Sleaze Roxx stated in its review of Are You Feeling Lucky?: “If you were going to check out only one new band each year, Lionsault should be your pick for 2015. The group describes itself as “A hard-hitting, in-your-face hard rock band with a touch of classic rock influence, complimented with a modern metal twist, and intense melodic female vocals leading the way.” I could not agree more. The potential for Lionsault seems astronomical based on are you feeling lucky? which is an album that has the ability to transcend and appeal to fans of many rock genres.”