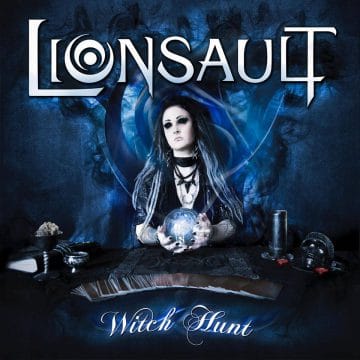 Lionsault‘s debut album are you feeling lucky? finished at #8 on the Sleaze Roxx’s Top Ten Albums of 2015.  Sleaze Roxx stated as follows in that regard: “As soon as I heard the opening guitar riff for the first track “Shoot Em Up” on Lionsault‘s debut album and having already seen the video for the Canadian group’s first single “Living With The Devil” — I knew that I would likely really like what the band had to offer. My first impressions were confirmed as Lionsault delivered what is very difficult to do — a great record mixing classic rock and ’80s sounds with more modern rock. Reminding me at times of Halestorm before they lost their way with Into The Wild Life, the trio that comprise Lionsault seem to have the total package with the bombastic drumming of Chase Nichols, the killer riffs from guitarist Taylor Sheasgreen and the young sounding but powerful vocals of singer/bassist Kortini Nichols. Lionsault are definitely a band to watch for in the future.”