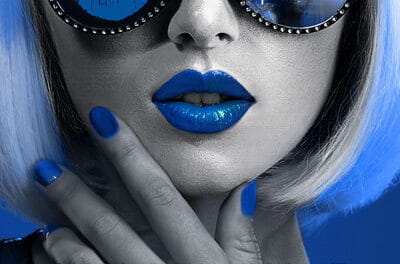 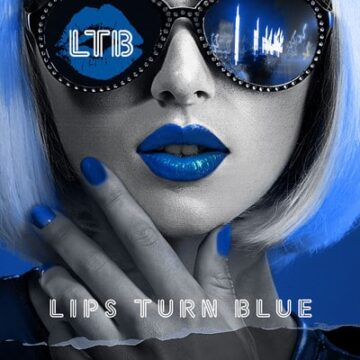 “Lips Turn Blue, the acclaimed Upstate NY band that releases its debut album on Mig Music May 4th, has released its second music video, “Pray For Tomorrow.” Although written and recorded with the band’s late vocalist and co-writer, Phil Naro before the current conflict in the Ukraine, the compelling video was created to reflect that tragedy and others dominating the news today.

“’Pray For Tomorrow’ is a song we have had for a while now and was written when conflicts around the world started becoming a main focus in the news; then the pandemic hit, and recently the focus has been on the war in the Ukraine,” says guitarist and Lips Turn Blue founding member, Don Mancuso. “When it came time to do the video, we decided to that situation could be addressed in a powerful way using this song.”

“This is the second of only two videos we have with Phil Naro. We were working on the song when things in the world started going awry and Phil’s own health concerns allowed a song like this to give him comfort.” adds Eric Bieber, who, in addition to his skill as a classically trained keyboardist and longtime professional performing musician, recently retired as a physician and hospital executive administrator.

The group will grant a limited time usage license to any legitimate organization raising funds for Ukrainian refugees. “If  this video can help bring awareness to the plight of the Ukrainian people and raise money for them that is the least we can do as artists,” says bassist Mike Mullane.

“Pray For Tomorrow and this video is very timely for the world right now,” says Bernd Ramien, A&R & Director of Catalog Marketing for  MIG (Made-In-Germany-Music GmbH), which signed the band soon after only hearing a few tracks from the debut album. “It speaks of hope and we all need some hope right now in our lives…”