The third edition of the Rock N Pod Expo will be taking place at the Nashville Airport Marriott in Nashville, Tennessee, USA from August 9 to 10, 2019 and will feature members of Kix, Stryper, Megadeth, Saigon Kick, Tora Tora and more. 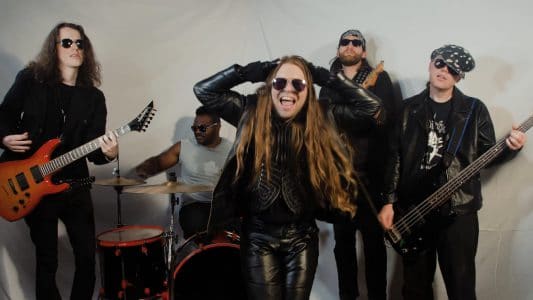 The RocknPod Preparty will feature Thee Rock n’ Roll Residency with special guests Eightball, and Lipstick Generation. Expo guests including Michael Sweet, David Ellefson, and Brian Forsythe are scheduled to play on stage with the Residency.

“Nashville Rock N Pod Expo 3 is only a few short days away. This is going to be our first show in a very long time, and from the heart, I want to take a moment to thank Chris Czynszak and Aaron Camaro for allowing us the opportunity to debut our new look and new band name at this wonderful event. We promise to put on the very best show we possibly can and if you’re able to, I’d love to have you come and see this phoenix rise. It would mean the world to see all of my cool rock n roll friends at this event, so if you have the night free, come party with us. Thanks and lots of love.” 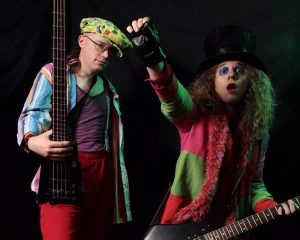 In an interview with Sleaze Roxx back in August 2015, Troyan advised as follows on why Lipstick’s image was very glam and heavily focused on theatrics: “Basically, if you look at all the bands that I liked, I realized that a lot of the bands that I like looked really goofy. KISS, Alice Cooper, Slade, David Bowie — they all wore these crazy insane outfits — and I knew that I would definitely want to wear those insane outfits at some point in my career. If I start with leather jacket and jeans, and then all of a sudden switch to that, people will think that I have gone insane. So I just decided that I am going to do that from the start (laughs) so if I ever switch, people can say “Oh! He has mellowed out (laughs).” I figured I’d start with the insanity right away rather than let people think that I’ve gone insane years down the line.”