Lipstick to appear alongside members of Tesla, Cinderella and Stryper in new film

Casting continues for the new Rossetti Productions movie “God Gave Rock n’ Roll To You” which already features members of Tesla, Cinderella, Stryper, Petra and Chaotic Resemblance, with the casting of Nashville based glam band Lipstick. The film takes place on the sunset strip in the ’80s and tells the story of a band called Tyger, whose members decide rename their band Iron Cross and become a Christian glam band.

The members of Lipstick — Greg Troyan, Steve Smith, Jack Stark and Casey Horn — will be portraying a rival band in the movie hoping to see Iron Cross fail. They will bring a comedic sense to the era of over-the-top, glam metal. “We want to bring in people that epitomize that era of music, and the guys from Lipstick are out there right now, rocking the glam, hair-band style music of the late ’80s,” says writer/director Chip Rossetti. “We want authenticity and era specific accuracy throughout the entire movie, from the music, as well as the look.” 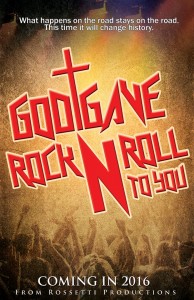 “Lipstick is excited to be a part of this wonderful film” Lipstick founder Greg Troyan said. “The script is excellent, and to be working alongside members of Tesla, Cinderella, Stryper, Petra and Chaotic Resemblance was more than enough reason for us to say yes. The movie has a great message about not letting ego and pride control your life, and giving your life to something bigger than yourself. It’s a Christian film, but the lessons of this movie can be applied to any faith and walk of life. It’s truly something special.”

Lipstick is a glam rock band based in Nashville, Tennessee, USA. The band was formed in 2012 by lead vocalist and principal songwriter Greg Troyan. After recording a series of demos in Cleveland, Ohio with Billy Morris (Warrant, Quiet Riot) Troyan relocated to Nashville and joined forces with bassist Stephen Smith to perfect the Lipstick sound. The band released their self-titled debut in 2014 and released a special deluxe edition of the album in 2015. The band is currently recording their second album which is scheduled for an early 2016 release.

Lipstick released their self-titled debut album back in 2014 and re-released it back in 2015 with additional bonus tracks. Sleaze Roxx stated in its review of Lipstick: “Think glam metal in the style of Poison‘s Look What The Cat Dragged In with a punk edge and 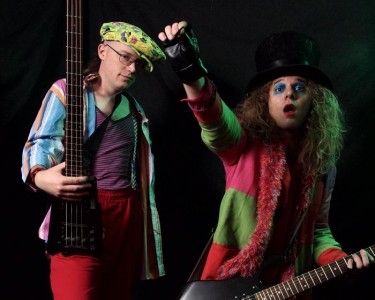 different vocals and you will have an idea of what Lipstick offer on their debut self-titled record. The songs on Lipstick are for the most part poppier than what I would usually listen to but they are so catchy that I found myself really enjoying them. There is a lot of variety on Lipstick from the piano filled “Merle” to the Great Big Sea sounding “Fight Club” and in that regard, it reminds me of some of Alice Cooper‘s more eclectic releases. The one common element for most of the songs are the catchy and well played guitar riffs and solos.”

Production of “God Gave Rock n’ Roll To You” is slated to begin in early November in and around the Nashville, Tennessee area. Rossetti Productions has produced 15 feature films, all in the Christian, Faith Based and Family genres.