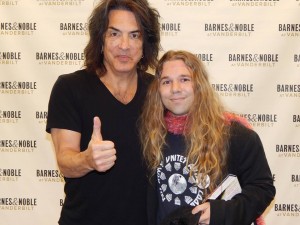 Lipstick‘s frontman Greg Troyan has written yet another letter regarding the recent public feud between Twisted Sister‘s Dee Snider and KISS‘ Paul Stanley. Following the release of his first letter yesterday as reported by Sleaze Roxx, many have applauded Troyan for a great response to the two superstars’ dispute while some have accused Troyan of simply jumping on the two superstars’ coattails in order to gain publicity for his own band Lipstick. This time around, Troyan clarifies some of his responses and perhaps just further muddles his response on who would win between Snider and Stanley if both of them faced off in a one-on-one live performance context. Here is Troyan‘s second letter with respect to the Snider–Stanley feud:

Dear Everybody Who Has Been Asking Me About My Letter to Paul Stanley and Dee Snider,

Firstly, allow me to apologize for the typos in the last letter. There were two that I noticed, and I apologize, because I try to do a good job proofreading my work. However, I have received a lot of praise for it being well written, so I want to thank all of you for the kind words. 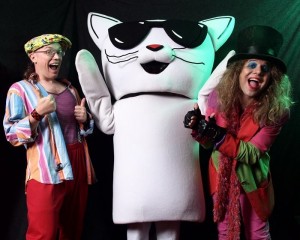 Secondly, a lot of people have been saying that “Greg thinks that Dee can kick Paul‘s ass onstage”. I never said that, and I made a point of not saying that. I said that in a one-on-one competition that Paul should be worried, but I never said that Paul would lose. When I said “Paul should be worried”, it’s because that Dee is definitely not a wannabe: Dee is one of the greatest frontmen in rock. If Dee was a wannabe, as Paul implied, then he would have no cause for concern. But, because Dee is super talented, if Paul wanted to win a stage competition between the two of them, he would have to give 100% because BOTH of them are super talented.

Remember, I love both bands. I mean, if you look at Lipstick‘s video for “The Conan Song” [see below], you can clearly see the Paul Stanley influence AND the Dee Snider influence. Both of them are heroes of mine and huge influences. Both of them are excellent glam rockers with songs about believing in yourself and following your dreams, which is something I am totally behind. I just wanted to point out the validity of Dee‘s statements to Paul and point out how it is disingenuous to describe Dee as a wannabe.

Have a great weekend everybody!