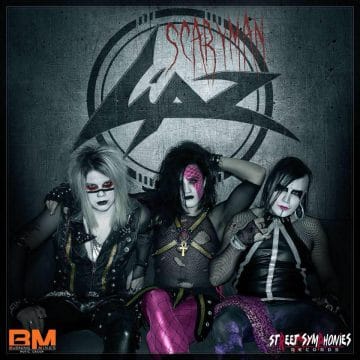 The Lipz band members, Alex K (vocals, guitar), Conny S (guitar) and Koffe K (drums), were asked what they have been up to since the release of their single “Ghost Town” back in 2012. Conny replied (with slight edits): “Since “Ghost Town” came out, we have released an EP called Psycho, back in 2015. The EP contained four songs which not really was in the same style as “Ghost Town.” We both changed our looks and sound. After the release of the EP, it became pretty clear to us that it was not the right thing to do. So we decided that we were gonna record an album in the style and sound of “Ghost Town”.”

You can read the rest of the interview with the Lipz band members at The New Wave of Hair Metal‘s Facebook page.

The Swedish Goth/Glamrock band Lipz showing off with the video for their first single (Ghost Town) released on Rocket Songs.RocketSongs – http://www.rocketso…