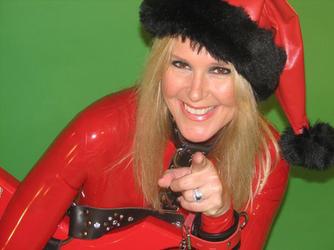 LITA FORD GETS IN THE HOLIDAY SPIRIT WITH ALICE COOPER

How does the Queen of Metal wind down an especially busy year that brought out her first new release in 14 years, Wicked Wonderland, a comic book based on her rock and roll family, great numbers at CMJ and FMQB, and a successful tour with Queensryche?

The Christmas-themed variety show is expected to lure 3,500 fans, and will include performances from the winners of this year’s “Proof Is In The Pudding contest,” which was Cooper’s version of American Idol.

“I’m so excited to play with Alice at his wonderful Christmas Pudding event,” says Lita. “I’m hoping we get to sing ‘Only Women Bleed’ together. Welcome to My Nightmare is still the best show I’ve ever seen and I’m a huge fan, so this is quite an honor.”

Tickets are priced at $38, $48, and $203 for VIP Seating, which includes a seat at one of the cabaret styled tables in front of the stage, an artist attended pre-show reception, and a pre-show dinner. Fans can also buy four reserved seats for the price of $100. In the spirit of giving, all proceeds from the event benefit Solid Rock, whose mission is to make an everlasting difference in the lives of children and throughout our community. Tickets are available at www.LiveNation.com

To cap off a stellar year, Lita and her brood plan to lay low at home for the holidays. “After touring all over the world this year it will be nice just to stay home and watch the kids open their presents,” adds Lita.