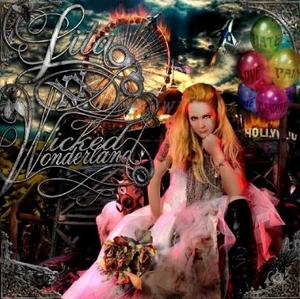 Queen of Metal Caps Off a Banner Year

Lita Ford is capping off a banner year by being named FMQB’s 2009 Best Female Artist in the Rock category in the music and radio trade magazine’s annual FMQB Artist Leaders 2009 honors.

Lita’s counterparts in the Best Female Artist category include such heavyweights as Beyonce (Rhythm), Taylor Swift (CHR), Pink (AC/Hot AC), and Metric’s Emily Haines (Modern). Winners will be posted on fmqb.com next week.

“To be gone so long and come back to such an amazing reception has been awesome,” says Lita. “We really have our fans to thank as they supported us out on the road, as well as rock and metal radio who put us back on the airwaves. And, of course, our team who worked hard behind-the-scenes to make Wicked Wonderland a success.”

The Queen of Metal’s return to rock came after a 14-year hiatus from recording with the October release of Wicked Wonderland. The lead track from the explosive album, “Crave,” a duet featuring husband Jim Gillette, made a major dent in rock radio this fall and winter as it reached No. 7 on CMJ’s charts in October.

And, the accolades didn’t stop there. Reviews of Lita’s show with Queensryche had such media outlets as Examiner.com raving, “Seeing Lita for a short time makes it feel like a dream. During the Philadelphia show, she took the stage like a crazed tigress and pranced around while members of Queensryche played ‘Patriotic SOB’ and ‘Crave’ from her new CD, Wicked Wonderland.”