California veteran hard rockers Little Caesar have finished their new album, which will be released in March 2018 along with a new single next month. 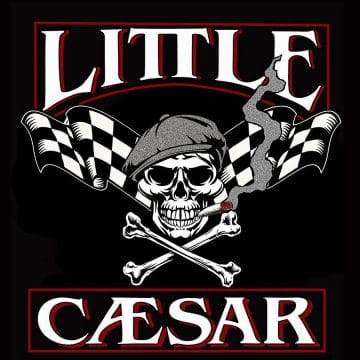 “Well the new album is done, mixed mastered and delivered. We are incredibly happy with it. Our Brother Bruce Witkin did such a great job giving us a powerful warm sound and played some great Guitar and Organ on it too. We think you’re all gonna really dig this one. A single drops next month and the full release in March. Gonna be a great 2018!!”

Little Caesar describe themselves as follows on their website:

“Little Caesar first appeared on Metal Blade’s “Street Survivors” compilation. The band then released a four song EP titled “Name Your Poison” (produced by Joe Hardy of ZZ Top fame), which subsequently led to a deal with Geffen Records. Little Caesar’s eponymous 1990 Geffen debut was produced by the infamous Bob Rock (producer of Metallica’s self-titled 1991 multi-platinum release, Motley Crue’s “Dr. Feelgood”, and The Cult’s “Sonic Temple” among others). The album was a no-nonsense collection of hard rock in the vein of ’70s giants like Bad Company and Humble Pie, and was also brimming with classic R&B influences, garnering widespread acceptance and positive reviews from the rock media. It also featured two Motown covers, including a ballsy rendition of the classic Aretha Franklin track, “Chain of Fools,” which hit the Billboard Top 100 chart and received strong airplay nationwide on both rock radio and MTV. 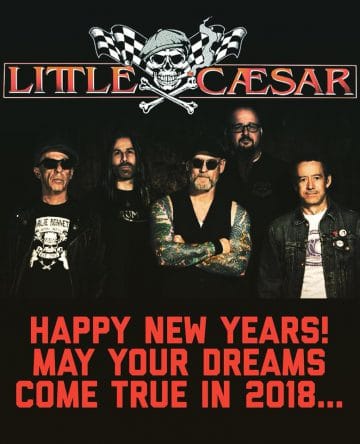 Show”, “The Rick Dee’s Show”, and MTV’s “Sex in the 90’s”. Vocalist Ron Young was also featured in the movie “Terminator 2” as a tough talking biker that gets into a fight with the film’s star, Arnold Schwarzenegger. 1992 would bring the second full-length album, “Influence”, which would have Earl Slick (of John Lennon, David Bowie, and Ian Hunter fame) replacing Apache on guitar. The “Influence” album was produced by the highly respected Howard Benson (who has recently produced releases for platinum artists like Daughtry, Papa Roach, and P.O.D. among others). The band completed its first tour of Europe after the release of the album and drew rave reviews and sold out crowds across multiple countries including a sold out headlining performance at the famous Marquee club in London.

In 2010, Little Caesar moved forward with a vengeance on a worldwide level with new release titled “Redemption” as well as touring in the US, Europe and the UK.

In 2012, Little Caesar released their latest effort entitled “American Dream“. Produced by Bruce Witkin, a powerful, no nonsense, guitar driven group of songs that takes the band to that same warm R&B driven Rock and Roll Universe they call home. They performed at the Hard Rock Hell festival in Wales in Dec 2012. They returned once again to Europe in 2013 appearing at The Download Festival appearing alongside such acts as Iron Maiden, Motorhead, Rival Sons, and Queens of the Stone Age.”