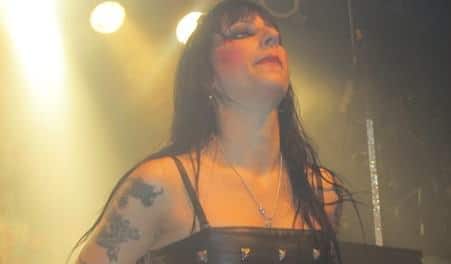 Back in late December 2019, Sister Sin‘s classic line-up of Jagrell, drummer Dave Sundgren, guitarist Jimmy Hiltula and bassist Strandh announced that they were reforming and planning on playing some festivals together during the summer of 2020. The Covid pandemic delayed the Swedish rockers’ festival gigs until the summer of 2022. 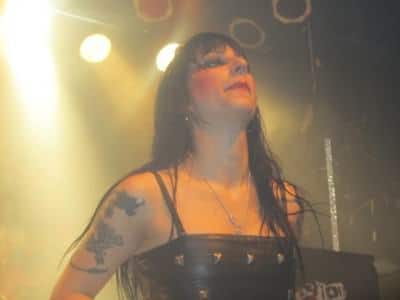 In terms of how was it to be finally back on stage for those Sister Sin reunion shows, Jagrell indicated: “That was amazing, a lot of fun. It was like we never stopped. We had a real blast together. Definitely it’s made us all very sentimental. It was so much fun. It made me even more certain that this is where I want to be, that I want to be on stage even more focused. I can’t wait to do this with LiV SiN. If there are more shows, Sister Sin may take on some more shows – but it’s not going to be a full reunion. The rest of the guys, they have a nice, normal life with houses, children, jobs that they care about. To do a show here and there, a festival maybe, that is still a possibility.”

With respect to what she considers some of the biggest challenges Liv Sin faces at this point in her career and whether she sees major differences or parallels between the career trajectory of Sister Sin versus how things are going with Liv Sin, Jagrell opined:

“Definitely. It feels like things were much easier with Sister Sin. Because it was a bit easier when we started out, we had Victory Records, and they are a pretty huge label. They had a lot of marketing, they offered us tour support, they gave us a lot of opportunities. Today, the record labels don’t have the same resources available. I feel like it was easier once you got the record label back then to know they would do this and this, and now you don’t know that. You can release a record, but you don’t have any shows to play, any booking agent, you have social media, you have to do a lot yourself. We didn’t have to do that; Victory was able to do everything for us.

It was more like you could take those steps, if you tour you will grow. These steps today, they are not there anymore. Life can go in so many different ways. It feels like it’s more interesting how musicians will handle these steps in terms of growing today. With Sister Sin we got attention, respect, we were able to play a lot. With LiV SiN, I haven’t gotten to that point to build it up the same with the respect, or the same audience. Of course, it’s harder. With LiV SiN, we have had smaller labels. It was easier to get attention, now there are so many bands, you have to be constantly out there to get that attention. People will forget, you have to find ways to get their attention and I find that is very hard. If you can connect with the fans, it’s great. We have our Patreon, we have live streaming, we hang out with the fans more than before.”

You can read the rest of the interview with Liv Jagrell via Dead Rhetoric‘s website.