Liv Sin featuring former Sister Sin frontwoman Liv Jagrell have announced that their drummer Per Bjelovuk has quit the band and will be replaced by Albin Bennich for upcoming gigs. 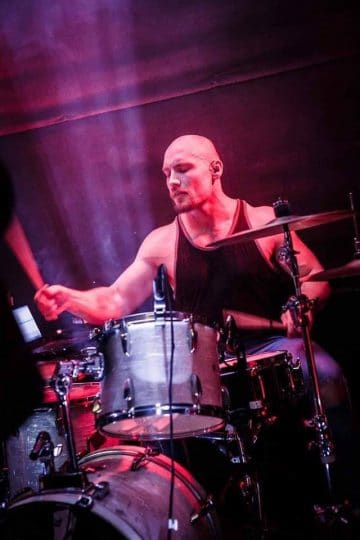 “Since the end of 2018, Per is sadly no longer a part of Liv Sin as he chose to quit the band. We send him our best wishes on future musical endeavors. Because of that we will have the sinful drumhead torturer Albin Bennich handling the battery on the upcoming gigs!”

Sister Sin announced that the band was disbanding back in November 2015. Sleaze Roxx interviewed Jagrell in May 2017 and asked her if she was surprised by how fast she was able to put a new band together and come up with a new album.

Jagrell replied: “Yes actually [laughs]… Actually very amazed because I just saw on my Facebook — like the Facebook memories thing — that last year,  yesterday last year or something was the day that I actually went public that I was going to do something but I didn’t have a band by then. So I found the guys that I started to work with the music, with the songwriting, probably the end of May [2016] and then I had almost the whole band when we started recording in October [2016] and we had all the songs made by then. And we’ve released the record now. So yeah, it could have taken much more time, a very long time. I am very happy. I think about it like one year ago, did I ever think this would happen or go so fast or go so well? No, I did not. So, I am very happy right now.”

In terms of how she found her new band members, Jagrell advised: “Well, my boyfriend is the drummer [Per Bjelovuk]. He kind of didn’t have a choice…. The guitar player who I do the songwriting together with — Patrick [Ankermark] — I’ve known him for a very long time but he’s always played punk rock or more pop rock n’ roll so I wasn’t sure if he was interested in doing metal but at the same time, I knew that he had very bad luck with bands and he really wanted a band, a new band. He didn’t have one. So I asked him, “If you can consider yourself doing and playing metal. Can you do it? Are you interested?” And he was. He sent me some ideas. I sent him some inspiration and then he sent me back some ideas, and one of the riffs that he sent me was the riff to “Let Me Out.” And then I knew like, “Yes! He’s totally understanding the music I want to do, the riffs, everything.” We went from there and made all the songs.”