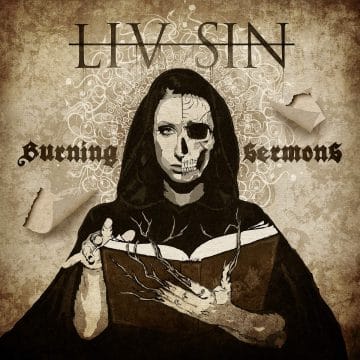 For those of you who missed our live talk from the other day, here is a deeper presentation of our two new band members.

Welcome to the band Daniel and Jay!

Daniel is an old friend of Patrick, they use to play in the same band when they were younger. He already helped us out in 2019, the last show in Tokyo before covid, so the choice was easy to ask him to be a full time member.

Per met Jay 3 years ago when they both worked as music teachers, Per with drums and Jay with guitar. They got along very well from the start and when we started to look for a new guitar player Per suggested we try him out and here we are. You will be able to enjoy Jay‘s solos on the new album.

More info about these two:

Daniel and Patrick studied music together in high school and pretty soon got into the same band called Wasted. Since then, Daniel played in a few different bands over the years. T-Virus, The Dräperz and Brace For Impact. We are very happy to have him on board since he also is a freaking king with everything IT related.

Jay, Originally from London UK started playing guitar in his early teens whilst living in Ireland. After moving back to England to study music a few years later he started gigging with different bands and projects all over the UK and Europe, as well as recording music that was played on multiple radio stations around the world.

In 2010, Jay moved to Sweden, he started playing guitar with bands on the Stockholm metal scene before landing touring gigs as a session guitarist with Eleine and Hexed.”