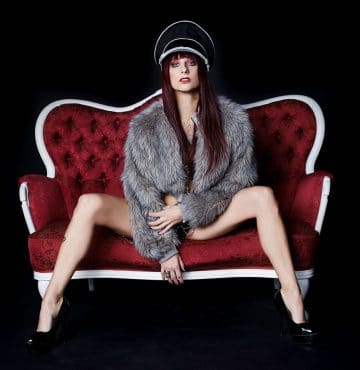 “Sinners! We are incredibly proud to announce the official release of our new single “Devil’s Plaything” a cover of Danzig taken from our upcoming EP “Inverted” produced by Martin Sandvik of Hardcore Superstar at Studio Österlyckan! Stream it, buy it and request it at your local radio station! We will also release this in a very exclusive vinyl edition which will feature a previously unreleased bonus track!
.
Pre-order at Despotz Records: http://despotz.bigcartel.com/artist/liv-sin“

Earlier this year, Liv Sin announced that they were planning a new EP with some acoustic arrangements.