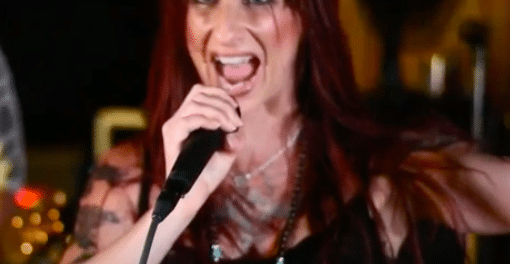 The YouTube caption for the video indicates (with slight edit): 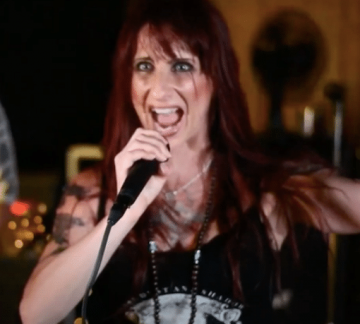 What are you up to this weekend!?

We recorded 4 songs in our rehearsal space earlier this year and are now sharing them with you all!!

If you wanna see stuff like this earlier you can for only 2€/month be a Patreon!”

The track “Fight Song” first appeared on Sister Sin‘s fourth full-length album Now And Forever (2012). Sleaze Roxx stated the following in its review of that album: “True to form, Sister Sin does not disappoint delivering the goods for an impressive third time in a row. Now And Forever kicks off with “End Of The Line” which has a nice build up before the song goes into overdrive and you are greeted with metal’s most intense female singer — Liv. Quite simply, you can feel the intensity and anger in Liv‘s voice from start to finish during the first song and single, as well as throughout the rest of the CD. With a great solo and cool video (check it out) you know that “End Of The Line” will be an excellent song live. The first few words in the next track “Fight Song” say it all: ‘Fuck You! Fuck them and fuck the world too’ — I love the intensity.”