Great news for Liv Sin fans as her debut album will be co-produced by U.D.O. bassist Fitty Wienhold and former Accept and U.D.O. member Stefan Kaufmann. 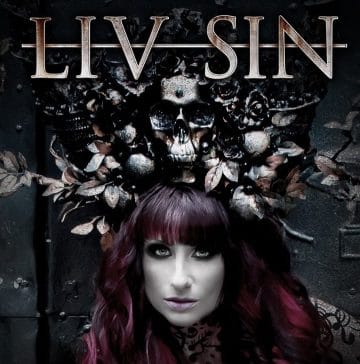 “Former Sister Sin vocalist LIV SIN is currently working on her debut solo album for Swedish label Despotz Records. As previously reported, the album is being produced by longtime U.D.O. bassist, Fitty Wienhold. It can now be announced that the album is being co-produced by longtime Accept and U.D.O. member, Stefan Kaufmann. The as yet untitled album is expected to see a worldwide release in early 2017.

Liv says of the collaboration, “I’m truly excited to work with Stefan! He is an incredible musician and a long time metal hero. I think he can bring that extra bit to my music with his lifelong experience in both Accept and Udo”. Stefan Kaufmann adds, “when Liv called me and asked to produce her new project together with Fitty of course I said yes! Liv has talent, and I am sure it will be a blast.”

From the dark beaches of south Sweden, Liv ”Sin” Jagrell emerged as a major force as the vocalist for hard rockers Sister Sin. Throughout their 13 year career, Sister Sin sold thousands of albums and toured the world with high profile packages supporting the likes of Slayer and King Diamond on the Rockstar Mayhem festival tour, as well as being a part of last year’s Revolver magazine ”Hottest Chicks in Metal” tour.

Sister Sin toured relentlessly for over a decade across Europe and North America garnering an intensely loyal following of rockers that craved the band’s aggressive and melodic brand of hard rock.”