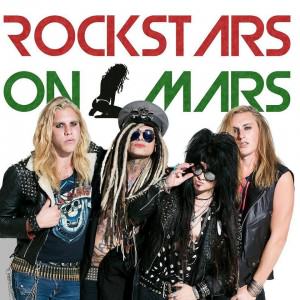 Sleaze rockers, Rockstars On Mars, have released an unplugged live video of a gig at Sticky Fingers.

The show apparently took place in Gothenburg, Sweden on December 11, 2015.

The group made the following announcement on its Facebook page in that regard:

“Brothers and Sisters!
Here’s our video special “Rockstars on Mars – Unplugged Live @ Sticky Fingers” !!
And as promised revealing 2 previously unheard songs, one of which featured on our upcoming album!
It’s a perfect start to a Rocking weekend!
Share if you dig!!
Peace out”