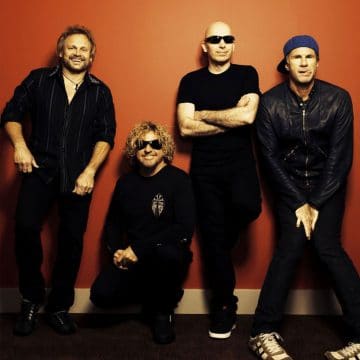 The release of Best + Live coincides with the inclusion of a brand new Chickenfoot song entitled Divine Termination.

The new song is the first new Chickenfoot material in five years since the release of the group’s sophomore album Chickenfoot III.

Sleaze Roxx stated in its review of Chickenfoot‘s self-titled debut album: “Sammy Hagar made a statement comparing Chickenfoot to Led Zeppelin, but he later retracted this statement, claiming he was drunk. I’m not sure who to compare the band to because, to me, they have a sound all their own. I refuse to compare them to Van Halen. If anything it sounds like four guys who really like each other got together and made an album. To that I say, job well done and what took them so long?”