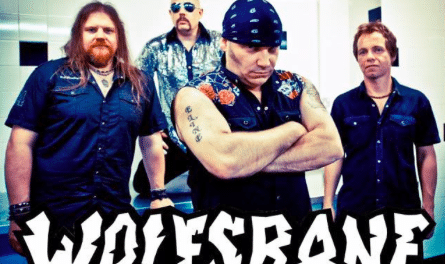 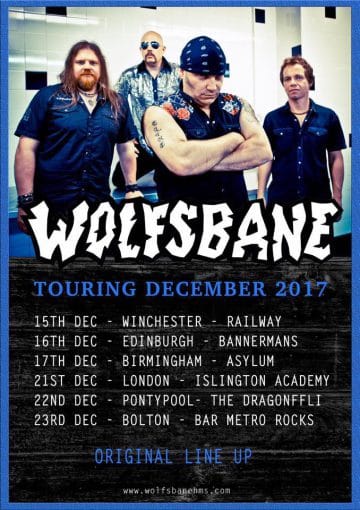 Wolfsbane consisting of the original line-up of former Iron Maiden lead vocalist Blaze Bayley along with drummer Steve Danger, guitarist Jase Edwards and bassist Jeff Hateley are in the midst of a six city tour of the UK and will apparently be releasing a live album from that tour.

Wikipedia states the following in part about Wolfsbane (with slight edits): “Wolfsbane are an English heavy metal band. Formed in 1984, the band remained active until lead singer Blaze Bayley went on to join Iron Maiden in 1994. After a couple of reunion shows in 2007 and 2009, Wolfsbane officially reunited in June 2010. To date, Wolfsbane have released four studio albums, one live album, two compilation albums, two EPs and three demos. In 2012, a lost “Live in the Studio” recording was found in Jase Edwards‘ loft and was mastered and released as a special, “available only on tour”, making it a rare limited edition. The band have had a few changes in their line-up since their formation.”

Wolfsbane performing “Loco” at Asylum in Birmingham, UK on December 17, 2017: