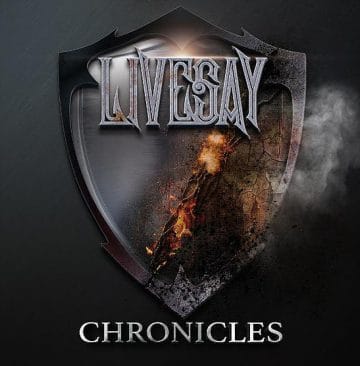 In an interview with All That Shreds back in June 2018, Gregg Livesay spoke about whether there is any extra pressure to having the band named after his last name. Gregg stated: “Yes, I’ll tell you something. When I started this band, I didn’t want to call it my last name, I refused. The guys that were in the band at the time, they said, why don’t we just call it by your last name since it’s your band? I said, absolutely not. I said that’s going to make me look like a real egotistical jerk and I’m not like that. We all wrote down different names and put them in a hat and we drew out a name and we said, okay, this is going to be the name of the band. That lasted about maybe two or three days. And then each guy called me one at a time and said, you know, I’ve been thinking about it, I’m really not hot for that name. I think we should just call it your last name. One by one, they all said that to me. So when I got back to the next practice, I said, ‘Okay, I’ll do it, but if I start to get any flack about this, I swear to God it’s gone’.”