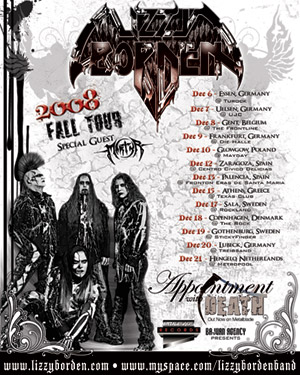 Tomorrow Never Comes is up for best video of the year on Headbanger’s Ball. Make sure you vote for Lizzy Borden, do posts/bulletins and tell your friends as well.. You can vote as many times as you want and we want you to!!

Go to http://www.marten.cc/mtv-vote-2008.htm and then click on vote on top of the MTV site.