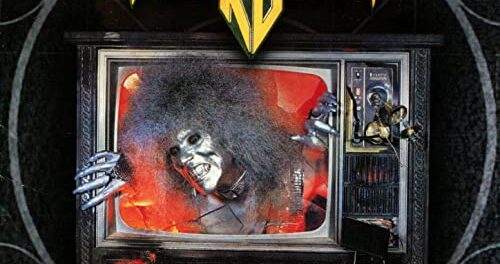 Vieira noted that it seemed that Lizzy Borden was shooting for a more mainstream and commercial album with Visual Lies, which was released in 1987, to which the singer replied (as translated from Portuguese to English by Vieira with slight edits): 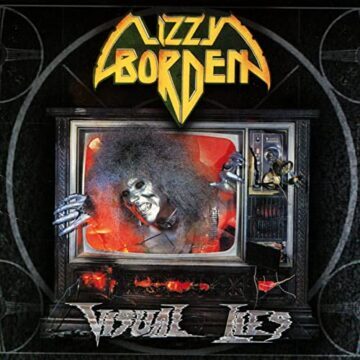 “Oh my god! [laughs] It wasn’t about going commercial; it was about me trying to write better songs. Because the first two albums were just hysteria. We had no direction. I just wanted to write, write, write, write. We were just throwing out ideas. We didn’t think about tempo control. All we thought about was getting the song done and moving on to the next one. That was my whole purpose on the first two albums. Those were done in a very short amount of time. After we were done with that, I was like ‘Hmmm, I’m not satisfied, I didn’t grow up on that kind of music.’ I grew up on Blue Oyster Cult, all these people that wrote amazing songs, and my heavy metal reference was Judas Priest. Even they had tempo control, and they had song structure.

What we had was just chaos, which some people loved and it was great for the time, but I wanted to get out of that, because I felt we were just spinning in circles and I could have put ten albums out that resembled those first two albums, but it really wasn’t going nowhere. I would have ended up like quite a lot of the bands who stucked to that kind of format. I wanted to be a better songwriter. I wanted to write songs that represented the music that I listened to and the people that I respected. That was the whole purpose, and so I hired a producer, Max Norman, and said: ‘Look, you need to overrule me, you need to be in charge of this whole thing because this is what I want. Give me what I want, and what I want was these songs to come alive and I don’t want the band to ruin these songs. Not that they would intentionally do it, but just take them in a direction that was more suited to what they liked.’ And I’m like ‘I don’t care about any of that; I only care about coming up with a great song.’ I wasn’t trying to be commercial. I just wanted to write songs that emulated the sounds that I listened to.“

In terms of what it was like to work with guitarist Joe Holmes (Ozzy Osbourne, David Lee Roth) who played on the Visual Lies album, Lizzy Borden stated:

“Me and Joe Holmes were in a band in the late 70s/early 80s. We were just a straight-out heavy metal band, no frills, no nothing. We did a couple of demos and Joe is a different breed of person [laughs] His personality is so different, he’s more like… he’ anti-rock; if he didn’t have the long hair, you’d think ‘ok, he’s just one of those guys’. He didn’t fit with us in that first band, so we dissolved the band because there was a lot of issues.

Before the Visual Lies album and somebody else brought in Joe and I said ‘man, I already done this with Joe and it doesn’t work’ ‘Just try him’ ‘Ok’ so he came in, I tried him out, he was cool, but I knew it was a temporary thing, I knew it was going to be one and done, we all knew it; he wasn’t a good fit, he didn’t fit good on stage, he didn’t fit in any way really with us personally, but… he’s an amazing guitar player and that’s why I said ‘ok, if it doesn’t feel completely right, but let’s go as far as it goes, and it lasted until the end of the Visual Lies tour and that was it, and I haven’t seen him since, but he’s an amazing guitar player; he doesn’t stand around unless there’s a guitar at least back then; always had a guitar on. 24 hours a day. Amazing player, but he’s personal taste in music was one of his many issues. He just didn’t like anything that anyone else liked or he liked whatever was new on the horizon, always chasing that. So, it didn’t work trying to come up with original music.”

You can read the interview with Lizzy Borden in the Portuguese language at Marcelo Vieira Music‘s website.