Great news for fans of Rockstars On Mars and singer London LeGrand as the band will have its previously unreleased second studio album finally released via LMH Records on November 15, 2019. 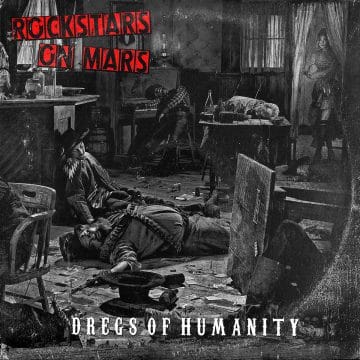 “An American Rockstar moves to Gothenburg, Sweden, starts a band and gets deported a few years later after being stabbed in the back.

In 2013, an American Rockstar moved to Gothenburg to play in a new band. It was London LeGrand, former singer in the supergroup Brides of Destruction. The new project messed up immediately and he therefore joined forces with a newly created sleaze band. They rehearsed together and wrote their most popular song the first night, London called the group Rockstars On Mars. They looked apart in the death metal capital of the world, big hats and larger hair had not been popular there since Viking age. After releasing their home recorded album Rockstars On Mars, they started touring around Sweden, playing on some festivals and cruises.

Then everything came to a sudden halt, the drummer left to put his energy on songwriting. They quickly found a new drummer and recorded an album that was speculated a lot about. They released a single from the album on YouTube and shortly after that the band was shattered by conflicts. Intrigue and self-interest from people near the band killed every attempt to rally and release the record. The last nail in the coffin was hammered in when London LeGrand was deported back to the US by Swedish authorities. It’s believed that someone told on him, he was in Sweden on an expired visa.

Then radio silence for four years.

Now they release the single “Shotgun Love” on Stockholm/Moscow label LMH Records the 1st of November. Exactly two weeks later, November 15, the party continues with Dregs of Humanity, an album with 11 tracks!”