Lords Of Black debut video for “Everything You’re Not”

Spanish melodic progressive metal rockers, Lords Of Black, have released a video for their new song “Everything You’re Not” from their upcoming album II, which will be released on March 18, 2016 via Frontiers Music srl. Lords Of Black‘s new album II was produced by Lords Of Black guitarist Tony Hernando and current Masterplan and ex-Helloween guitarist Roland Grapow, the latter who also mixed and mastered the album. 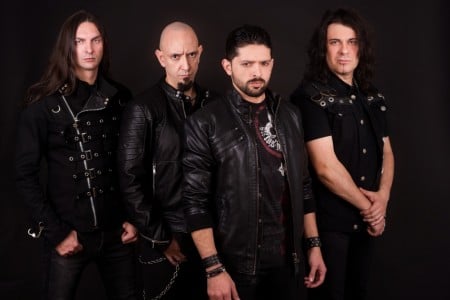 “Frontiers Music Srl will release the highly anticipated second album, II from melodic, progressive metal masters Lords of Black on March 18, 2016. The first video offering from the album for the song “Everything You’re Not” has been released. Pre-orders of II are available now at Amazon. All MP3 pre-orders include an instant download of “Everything You’re Not”.

Lords Of Black is the band formed by world-class singer Ronnie Romero, renowned guitarist Tony Hernando and monster drummer Andy C. Their vision was to form a metal band with a modern approach blended with catchy, melodic and progressive elements. After months of intense, hard work, the band independently released their acclaimed self-titled debut, which was co-produced by Roland Grapow. Metal Hammer Spain deemed it “The Best Metal album released in Spain this year.”

Fun fact, vocalist Ronnie Romero was hand-picked by the legendary Ritchie Blackmore to front the upcoming Rainbow summer shows. What better endorsement of Ronnie‘s vocal talents could you need?

Now Lords Of Black are ready to conquer the world with II, an album that will blow the minds of fans of modern melodic metal. Once again co-produced, mixed and mastered by Roland Grapow (Masterplan, ex-Helloween), II is not only the follow up to their outstanding and acclaimed debut, but is an album with superbly crafted songs that will instantly become absolute metal classics. “The new album, being the follow up to a first record that was so greatly received, had to get to a higher place,” says Tony Hernando. “After an intense year of writing and producing, along with the live performances, we came up with songs that are still deep and complicated in some arrangements, but have been written with the live performance in mind… The quest was to come up with something that artistically was meaningful for us as musicians and at the same time could catch the attention of the listeners. We really hope you enjoy this new album and come with us for a great ride!”” 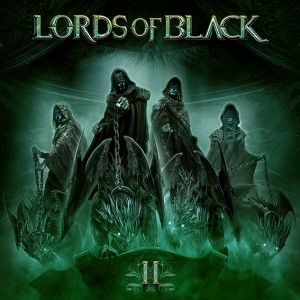