Lords of Salem consisting of lead vocalist Postel, guitarist Arian, bassist Marple and drummer Alex have released a lyric video for their new single “Zombie Monkey Woman” from their debut EP Hell Over Salem, which has been available since 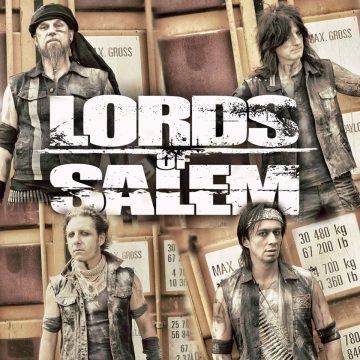 October 31, 2018. You can purchase the Hell Over Salem EP via the group’s Bandcamp page.

With fire and rock & roll on their savage hunt through the deserts … four of the Lords of Salem.”