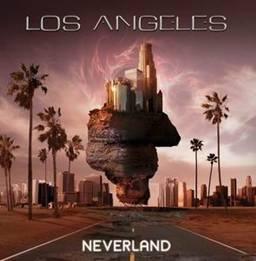 Frontiers Records is pleased to announce the release of LOS ANGELES second album entitled “Neverland” on December 4th 2009 in Europe and January 12th 2010 in the USA.

LOS ANGELES debut album revealed to the unsuspecting international Melodic Rock audience, the talents of the awesome Italian singer Michele Luppi. He cut his teeth at the VIT Los Angeles, with Robin Randall (co-writer of hits for FM, Mark Free, James Christian etc) as one of his musical coaches. He teamed up in 2007 with bass player and producer Fabrizio Grossi (Glenn Hughes, From the Inside, Vertigo etc.) to give birth to a project that could make him express his Melodic Rock artistic roots.

Michele’s name became known during the years in the Hard Rock and Metal scene, when he became the singer of the Italian Progressive Metal band Vision Divine, on 3 studio albums and one live DVD. More recently he became the leader and frontman of a new Melodic Metal band named Killing Touch.

LOS ANGELES concept is to tribute the AOR greats that shaped Luppi’s singing and songwriting abilities. Contrary to the first record that relied heavily on external songwriters, this new album sees the songwriting collaboration between Luppi and Grossi blossomed in full, with more contributions from Eric Ragno (China Blue), Joey Sykes (Hugo), Roberto Priori and ex Dokken axeman George Lynch (on “Nowhere to Run”). There is also a stunning new version of Richard Marx’s “Nothing to Hide”: another fitting tribute to one of AOR music giants and two songs offered (“Wait for You” and “Tonight Tonight”) by Tom and James Martin (Khymera, Sunstorm, House of Lords).

Musicians include Tommy Denander, Joey Sykes, Roberto Priori on guitars, Eric Ragno on keyboards, Tony “AJ” Morra on drums and of course Fabrizio Grossi on bass. While Luppi’s astounding vocals can be described as Mark Free meets Eric Martin, LOS ANGELES “Neverland” is a true AOR beauty which is truly a must-buy for all the Melodic Rock fans.