Lost Angels will be embarking on a tour of the UK and Belgium titled Good To The Last Drop Tour starting on October 16, 2019. 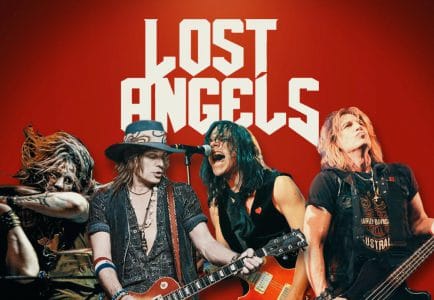 After 6 years lying dormant, this “Superb Group“ are wiping off their tilted halos for another run which visits the following venues:

The band are performing songs from the various acts and bands they’ve played with throughout their long and varied careers, with a great mix of classic rock songs thrown in for fun!

The Lost Angels welcome UK’s Saints of Sin on all shows as well as The GNR Experience (UK) in Colchester.

Tickets are available from https://www.ents24.com/uk/tour-dates/lost-angels-1 and the Belgium show tickets available here www.ticketmaster.be

There will also be a VIP experience package available at https://lostangelsvip.blogspot.com which includes a meet and greet with the band, tour T-Shirt and other perks.” 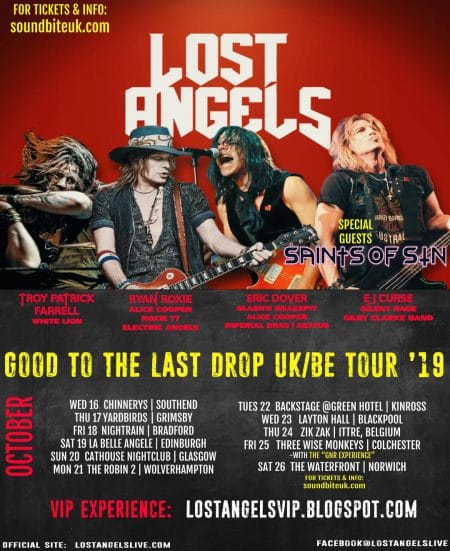