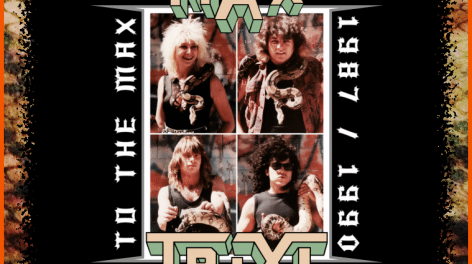 Lost Realm Records have unearthed recordings from New Mexico, USA female fronted Max Trixi, which will be released on a CD titled To The Max 1987 / 1990 in October 2018. 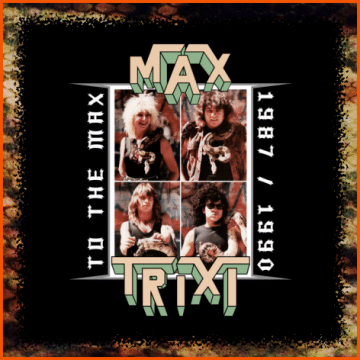 “Releasing 80’s obscure Metal bands isn’t an easy task. Many hours are spent in a constant and tenacious research, with rigorous evaluation. One thing is certain: within the Lost Realm Records ranks we will never release anything we don’t hear at home, when driving, or in any other moment we have the chance to indulge ourselves, hearing the best music genre ever made!

We have been keeping this band secret for quite some time. The first contact was made precisely one year ago, and thanks to Kenny Young, the agreement for making this release a reality turned out to be one of the easiest we’ve ever made! Formed in 1987 in Carlsbad, New Mexico, Max Trixi is perhaps the most obscure band we have ever released. It’s a tremendous example of how a band can be unknown, but still carrying a great sound and remarkable compositions, headed by the guitar mastery of Kenny and the mighty voice of Kathi Young (R.I.P.)!

Prepare yourselves for 14 songs of powerful and soulful Heavy Metal, released in CD for the first time, with remastering by Bart Gabriel. Comes with a 12-page booklet with song lyrics, band biography and rare band photos. Limited to 300 hand numbered copies. A must-have for fans of Taist of Iron, Malteze, or Hellion!

Pre-orders starting NOW, with 15% discount through our webstore. All pre-orders will include a Max Trixi promo photo. Out October 2018.

Releasing 80’s obscure metal bands isn’t an easy task. Many hours are spent in a constant and tenacious research, with rigorous evaluation. One thing is cert…