Finnish hard rockers Loudguns have released two lyric videos for their new songs “These Dreams” and “Billie The Queen” which feature their new singer Olli Kärki. 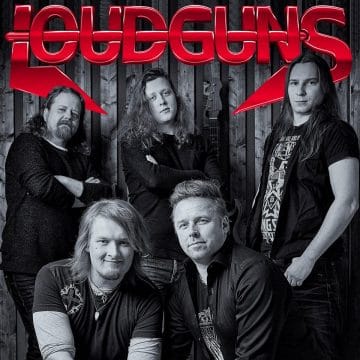 Loudguns‘ Biography on their new website states (with slight edits):

“Loudguns is a Finnish Hard Rock/AOR band formed in 2009. Their two albums Broken Highway (2011) & Sunset Runaway (2014) have gained a lot of attention by selling in over 40 countries and making it to the magazines and radios worldwide. The band also has a clothing sponsorship deal with Rock ‘n’ roll Gangstar apparel from U.S.A and a record deal with Rock It Up Records/City Of Light Records from Germany.

The band was a longtime dream of guitarist Sami Pilve who wanted to write and compose his own 80’s style rock ‘n’ roll music. Dropping out of school and skipping military service at the age of 18, Sami did everything he could to make it happen and he got his friend and bass player Markus to join in. Together with Markus, Sami started to write songs and find members to play on their first album. Eventually the line up was completed with Lassi Vääränen on Vocals, Heikki Kokko on Guitar, Akseli Kaasalainen on Keyboards and Rolf Pilve on Drums. The band’s first album Broken Highway (2011) was pounded out as a session project but the chemistry just felt so great between all the six members that it turned out to be a full time band. Unfortunately Rolf was too busy to be a full-time member so the band found drummer Jussi Kallava to fill in for him and the first actual line up was ready to go. 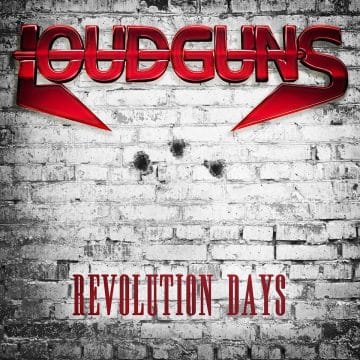 After promoting and touring in Finland the band went on to record their second album Sunset Runaway which was released in July 2014.

Sadly during the fall of 2014, after four years of playing together Loudguns parted ways with Jussi Kallava & Heikki Kokko. The band was soon reloaded with two new bullets Henri Saarinen on guitars and Toni Lehmusoksa on drums.

After the new line-up the band went on to play some of their best shows during the 2015 and recorded a new single “Who Needs A Heaven” in October of 2015. Unfortunately the single was the last song Loudguns ever made with singer Lassi Vääränen for as the band separated ways with him. The band took a little hiatus on the spring of 2016 and also parted ways with one of its founding members Markus on bass.