Horrible news for Loudness fans as the veteran heavy metal band has been denied entry into the United States of America and reportedly forced to cancel its planned tour of the USA. 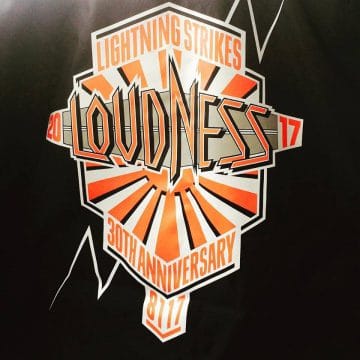 The following message was posted on Facebook today by Reggie’s Rock Bar in Chicago, Illinois, USA:

“Due to the new strict policies the US government has placed on foreigners entering the country, LOUDNESS_OFFICIAL was denied entry into the United States and sent back home this morning. All shows on the US tour are canceled.

Refunds for Wednesday’s show will be issued at original point of sale. Local bands Hessler, PIPE and IronFinger will still play a FREE show Wednesday night, so come out and party!”