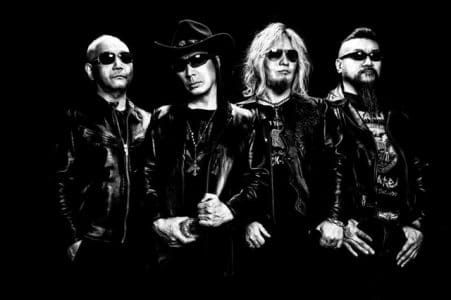 Great news for Japanese heavy metal rockers Loudness’ fans as the group will be releasing a new album called Rise To Glory on January 26, 2018.

The following was posted on the Loudness Japan website:

Three years after their globally successful album “THE SUN WILL RISE AGAIN” (2014), LOUDNESS returns with their highly anticipated album “RISE TO GLORY”, to be unleashed worldwide on January 26th 2018. The album will be released in Japan via Ward Records and throughout Europe and America via earMUSIC, home to other world-class acts such as Deep Purple, Alice Cooper, Status Quo, Def Leppard and Thunder.”