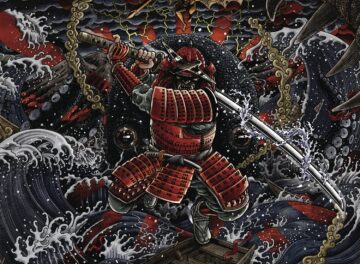 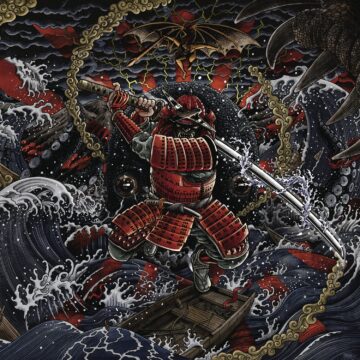 Amazon‘s Editorial Reviews indicates (with slight edits): “The legendary Loudness will release their very first official double studio album in their impressive career, spanning over 40 years and celebrating their rich history. The 16 songs represent the classic Loudness sound and style. Original member and guitarist Akira Takasaki wrote the primary portion of the music and lyrics. What makes the record unique is that most of the lyrics are in Japanese, so this release is highly authentic and shows a nod to their origins. However, a few songs are also sung in English. The album will be released as a 2CD digipak edition with an extensive booklet that includes the English translation of all lyrics. Loudness has been dominating the worldwide heavy metal scene ever since their birth in 1981 with classic albums such as “Thunder In The East” (1985 / #74 US national charts) and “Lightning Strikes” (1986 / #64 US national charts). Hits like “Crazy Nights”, “In The Mirror” and “Crazy Doctor” made them one of the most exciting metal acts in the mid 80’s and saw them touring amongst all with Mötley Crüe in ’85, being the first Japanese band ever playing at the legendary Madison Square Garden in New York.”