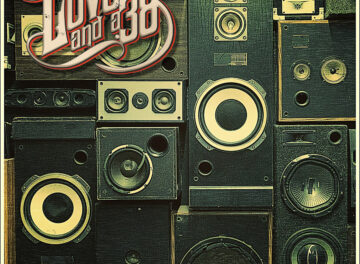 Love and a .38 unleash video for new single “Turn It Up”

Love and a .38 consisting of frontman Ryan Hudson, guitarist Domo Domaracki, bassist Justin Emord and drummer Clark Skelton have unveiled a video from their new single “Turn It Up.” 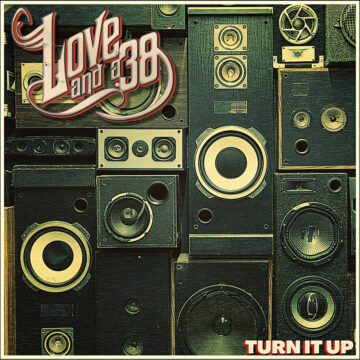 “Vintage rock outfit Love and a .38 have revealed a brand new track “Turn It Up.” The bluesy anthem is the band’s first new piece of music in nearly a year. Stream the swagger-soaked music video for the song below now, and check out the cover art.

“‘Turn It Up’ is a song that I wrote when a lot of the world was still closed up, and I was really longing for that feeling you get at a raucous rock-n-roll party,” frontman Ryan Hudson says of the song. “I wanted to capture that energy in the song just to feel it again. Writing it was part catharsis, part fantasy, and part optimism that we’d be able to get back to those good times very soon. I am thrilled that the time has come when it gets to be played in the setting it was written for – surrounded by friends who are letting loose and sweating right along with us!”

Love and a .38 is a blue collar rock band for the masses. Four guys from different parts of the country, whose triumphs, failures, and drive to play music brought them all to Los Angeles where they joined forces. Throughout their career they have been tirelessly D.I.Y. in every aspect of the music business.

Not concerned with sub-genres, they have taken an “it’s all rock and roll to me” approach to their sound and style since forming in 2009, immediately earning a reputation for their high energy live show and aggressive yet accessible sound.

With the release of their self-titled debut EP in 2010 and a string of singles in 2012-13, the band established a solid fanbase, not only in Southern California, but across the globe, receiving accolades from as far away as The U.K. and The Netherlands. After several successful regional tours and an untold number of packed shows in legendary Hollywood rock-clubs, the band took some time to record a proper album.

Love and a .38 released their first full-length album, Nomads, in 2016. Ten powerful tracks that would be equally at home in a small club or an arena stage. Which Revolver said, “Sounds like a hard-rocking Foo Fighters cruising through the desert” and caused the The Midlands Rocks to proclaim, “This, dear reader, is rock as God intended it to be. If there’s any justice in the world, Love and a .38 are going to be huge.”

The band released an EP, 7th Street Shuffle, in September 2018. With 5 tracks that took their solid foundation of no frills rock and roll and expanded the sound into sonically new directions without losing any of the edge that garnered so much attention from their very beginning. They took to the road in 2019 to support the EP, going as far as Mexico, Canada, and Sweden. With glowing reviews in each stop.

As the world went into upheaval in 2020 and touring became non-existent, Love and a .38 remained steadfast, releasing a string of “quarantine era” singles in 2020 and 2021 that proved to be some of the band’s most successful streaming releases to date.

As the music industry starts firing back up, Love and a .38 are poised and ready with new music on hand, starting with the single and music video for “Turn It Up”, and a no holds barred live show that is itching to be released once more to all corners of the globe.”