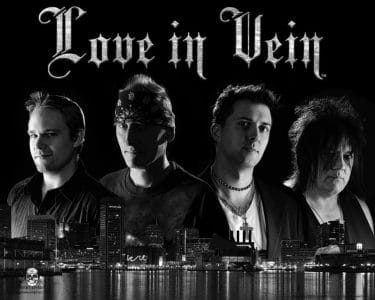 Following the release of their debut video for their song “Falls Down”, Maryland, USA based Love In Vein have released another video, this time for their track “Dangerous Man.”

Love In Vein “Dangerous Man” Directed by: Brett Auman Produced by: Larry’s Laboratory Song Mixed and Produced by: Chris Dopkin/RPM Studios This song/video is a tribute to all the men and women who risk their life everyday to protect this beautiful country we call home and how they deal with everyday life when they come back home.