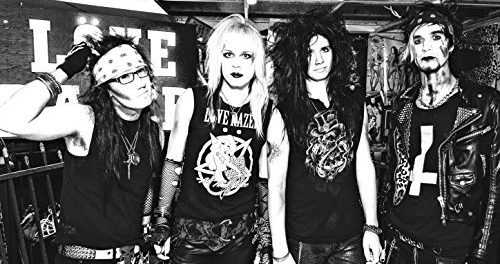 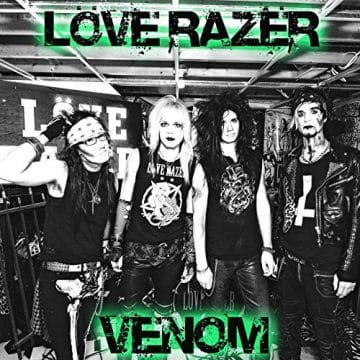 “Löve Razër have the distinction of having the shortest album ever to chart on Sleaze Roxx‘s year ending top albums list. With more and more bands releasing EPs these days, it made sense to allow EPs to qualify for the Sleaze Roxx‘s year end best of lists in the last few years. Despite only having three songs, Löve Razër‘s debut EP Rock ‘N’ Roll Addiction made a big impression on many including myself and Sleaze Roxx writer Mark Hovarth. There is no question that Rock ‘N’ Roll Addiction has a very raw feel to it but that is part of the EP’s brilliance. It’s a simple, no frills, sleazy slab of music that just makes me pine for more. Of note, Löve Razër‘s debut single “First Class Bitch” ended up on Sleaze Roxx’s Ten Great Songs from 2016 (thus far) and may well be the sleaze anthem of the year. With Löve Razër playing lots of new material during their many gigs throughout the province of Ontario and beyond in Canada in the last six months, a full length album will be hopefully coming sooner rather than later. Löve Razër are definitely a band to watch out for in 2017.”