It’s been a long time coming but Canadian sleaze rockers Löve Razër will be releasing once is anticipated to be their debut full-length album on April 23, 2018. The new album is titled Border City Rebels presumably because the band members are based in Windsor, Ontario, Canada which is located on the other side of the border with Detroit, Michigan, USA. 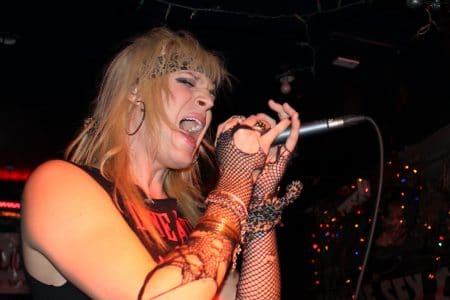 The group has already released a video for the track “Venom” which is expected to be on Border City Rebels. Löve Razër‘s debut three-song EP Rock ‘N’ Roll Addiction landed the #5 spot on the Sleaze Roxx’s Top Ten Albums of 2016.

“ANNOUNCEMENT: We will be releasing our new album titled “Border City Rebels” April 23, 2018 with our album release party to follow April 28th at RockStar Music Hall. If you haven’t seen Löve Razër live in concert before this will be the show to go too.

If you have seen us before we promise a rock n’ roll extravaganza like no other. Tickets are limited so get yours now at www.loverazer.com Also stay tuned because we have another single and music video headed your way very soon, cheers!”