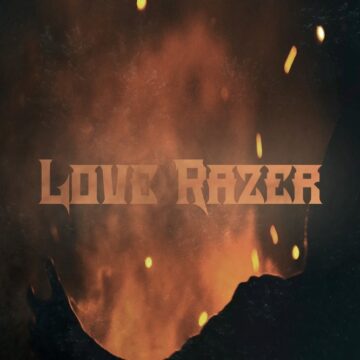 After laying seemingly very low for more than a year and a half since the advent of the Covid pandemic, Canadian sleaze rockers Löve Razër featuring frontman Sydney Snow, bassist Metal Mike and guitarist Micky Bonez have finally released their video for their latest single “Call of The Wild.”

Back in mid-October 2019, Löve Razër unveiled a video teaser for “Call of The Wild” with a release date for the spring 2020.  Speaking exclusively to Sleaze Roxx at that time, Löve Razër bassist Metal Mike was asked whether the video teaser was with respect to a new single titled “Call of The Wild” or a new album with a release date of spring 2020. Metal Mike replied: “BIG plans for the spring [of 2020], but until it’s confirmed we can’t tell you exactly what. “Call of The Wild” is a song title. Maybe it’s an album title too. You’ll just have to wait and see. Our oath to Sleaze Roxx is you will definitely get the inside scoop when all systems are go. We haven’t been playing any shows to allow ourselves time and space to write new material, and we’ve never been more excited about what’s coming out of the speakers.”