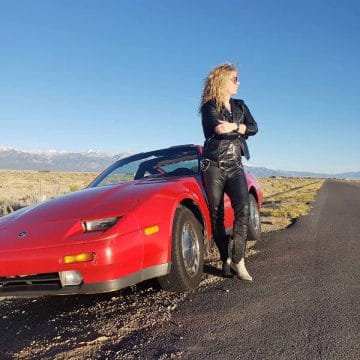 Sleaze Roxx stated as follows in its review of Unforgettable Fire:

“Aaron Hart‘s soulful and period perfect pipes are reminiscent of an amalgamation of Steve Whiteman from the epic Kix, Stryper‘s Michael Sweet blended with the Gin Blossoms’ Robin Wilson (that’s right the Gin Blossoms, give them a listen, a REAL HARD listen and you will greatly appreciate their wares and the correlation), Sam Hagar and then a heaping three handfuls of the sleaze glam styling’s of Luis Rivera of Pennsylvania’s own Teeze and of course Roughhouse. These comparisons upon further reflection not only paint the picture for Aaron’s vocals but also are a nice surmise of the band itself.

The remainder of the LP is a textbook example of what a radio friendly, proficiently crafted “Big Rock Radio” record should be, a tackle box full of hooks, enough toe tapping fretwork, bass lines that lead the song and compliment as well and a solid drum with plenty of fills and the obligatory cowbell and cross sticking to further set the mood and meter of the songs. The band enlisted the Emmy award winning production of Steve Avedis to further polish the bands already seasoned sounding status.”