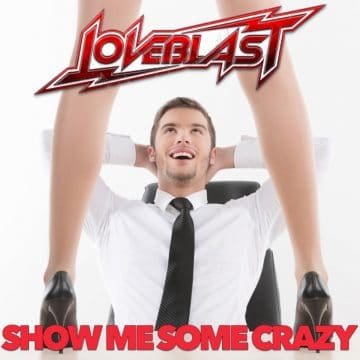 Chicago, Illinois, USA based hard rockers Loveblast have released a lyric video for their song “Show Me Some Crazy.”

Loveblast‘s press release states in part: “It’s been far too long, but we are absolutely stoked to be releasing some new music today! Our brand new single, “Show Me Some Crazy,” is now available for download on iTunes and Amazon. It is also streaming on Spotify as well as many other streaming platforms. We have released a brand new lyric video for the song as well, designed by Ignite Design (Steel Panther, Sick Puppies, and Letters From The Fire). This one is a real gritty, bump and grinder and we’re beyond excited to finally share it with you all!”

Official lyric video for “Show Me Some Crazy,” by LOVEBLAST. Download the song at one of these links:iTunes: https://itunes.apple.com/us/album/show-me-some…