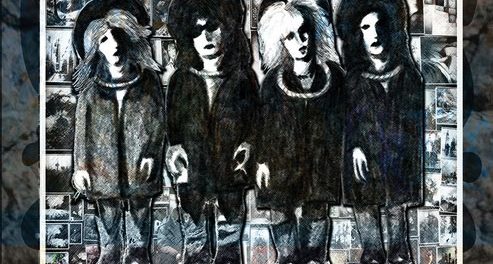 Love/Hate in conjunction with AorBlvd Records will be releasing a collection of demos that they did in 1986-87 as a record entitled Before The Blackout. 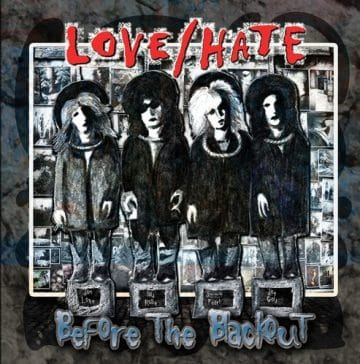 AorBlvd Records are pleased to release Love/Hate – Before The Blackout. A collection of demos recorded from 1986 – 1987. The CD also features liner notes by industry legend Dave Reynolds (Classic Rock/ Kerrang).

Looking back at the band’s formation and recording history that goes further back into the early 1980’s, starting off as Data Clan who recorded an extremely rare EP and even performed a short tour of Japan.

In the later half of the 1980’s together with a hard working attitude, the band established a reputation on the tough Sunset Strip club gig scene, drafting in Ratt bassist Juan Croucier to produce working demos. This period saw the band influenced and transforming into some of the most innovative styles of rock music,with lyrical topics of lifestyle and self survival in CA with a deeper gritty dark side.

In 1990, the grunge scene is in its later stage of infancy, Love/Hate released their official debut with producer Tom Werman (Cheap Trick, Motley Crue, Twisted Sister). Instantly well received and MTV rotation paid off as this led to supporting tours to AC/DC and Dio, as well as outstanding sales in the UK.

Love/Hate to date have made 6 studio albums with various line ups.”