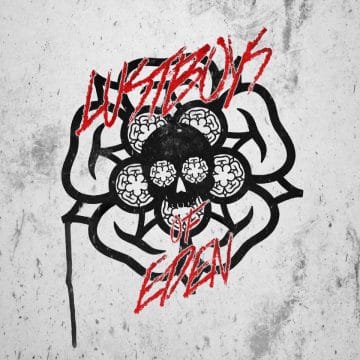 It didn’t take long for lead vocalist Lizzy Dollz and guitarist Max Lindahl to rebound after leaving Blackout Express in August of this year as the duo are part of a new band called Lustboys Of Eden that recently released its debut video for the track “Submission.”

“Sick and tired of todays landscape of fake DJ:s, soul-less music and over edited tracks Max Lindahl teamed up with Jim Cripple to form a rock n roll band. First choice on guitar and vocals was easy, bringing former band mates of blackout express back together, as Stone Sinna and Lizzy Dollz joined in on the action.”

The group members introduced themselves as follows on the band’s Facebook page earlier this month:

Jim Cripple — The madman playing bass that founded the band together with Max Lindahl, on a mission to bring back Rock N Roll.

Stone Sinna — The French guitar player that has rock n roll engraved into his DNA. Also a former member of the band Blackout Express where he met Max Lindahl and Lizzy Eriksson.

Max Lindahl — Former member of the band Blackout Express. A guitarist and songwriter who would give away his soul for music.

Lizzy Eriksson — The man behind the vocals of band Blackout Express, that also made a guest appearance with Midnight Danger. Back again with a new band and ready to make great music.